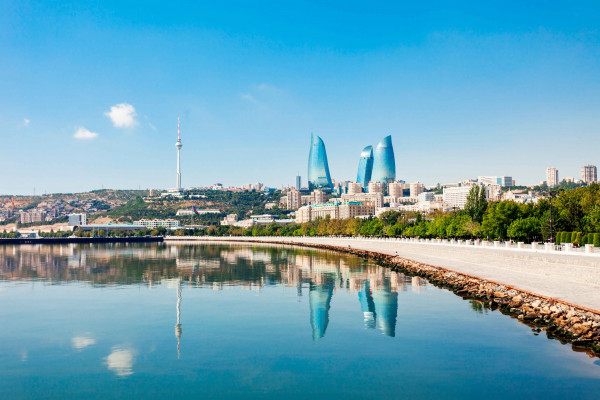 The Republic of Azerbaijan has been successfully continuing its state activity since October 18, 1991, after regaining its state independence.Located in the west of the Caspian Sea basin, Azerbaijan is bordered by Russia (Dagestan) to the north, Georgia to the northwest, Armenia to the west, Turkey to the southwest and Iran to the south. The Nakhchivan Autonomous Republic is an autonomous state within the Republic of Azerbaijan.

The Azerbaijani language is the means of daily communication and the official state language of the population of the Republic of Azerbaijan. According to the genealogical classification, the Azerbaijani language is one of the Turkic languages, belongs to the Oghuz group of this language family and together with its closest relatives Turkic, Turkmen and Gagauz languages form the south-western group of Turkic languages in accordance with the territorial principle.

The oldest archeological and paleontological materials on the existence of the first primitive people in Azerbaijan were found 1.7-1.8 million years ago. Azikh Cave, located on the south-eastern slope of the Lesser Caucasus Mountains in southwestern Azerbaijan, is known as a Stone Age settlement.

Azerbaijan has a history of about 5,000 years of statehood. The first state institutions or ethnic-political associations in the territory of Azerbaijan were formed in the Urmia basin from the end of the 4th millennium BC to the beginning of the 3rd millennium BC. The oldest Azerbaijani states formed here have played an important role in the military-political history of the whole region.

The territories of Azerbaijan have been occupied by the Sasanian Empire in the third century, and in the seventh century by the Arab Caliphate. The occupation led to the influx of people of Iranian and Arab origin from Iran and Arabia. In the first centuries of our era, the Turkic ethnoses, which constituted the majority of the country's population and were more militarily and politically organized and stronger, played an important role in the formation of a single nation. Among the Turkic ethnic groups, the Oghuz Turks dominated. Since that time, the Turkish language has become a major means of communication between a small number of peoples and ethnic groups living in the territory of Azerbaijan, and has played a coordinating role, participating in the formation of the nation. This factor played a very important role in the formation of a single nation at that time. The Azerbaijani people were fully formed in the 11th century.